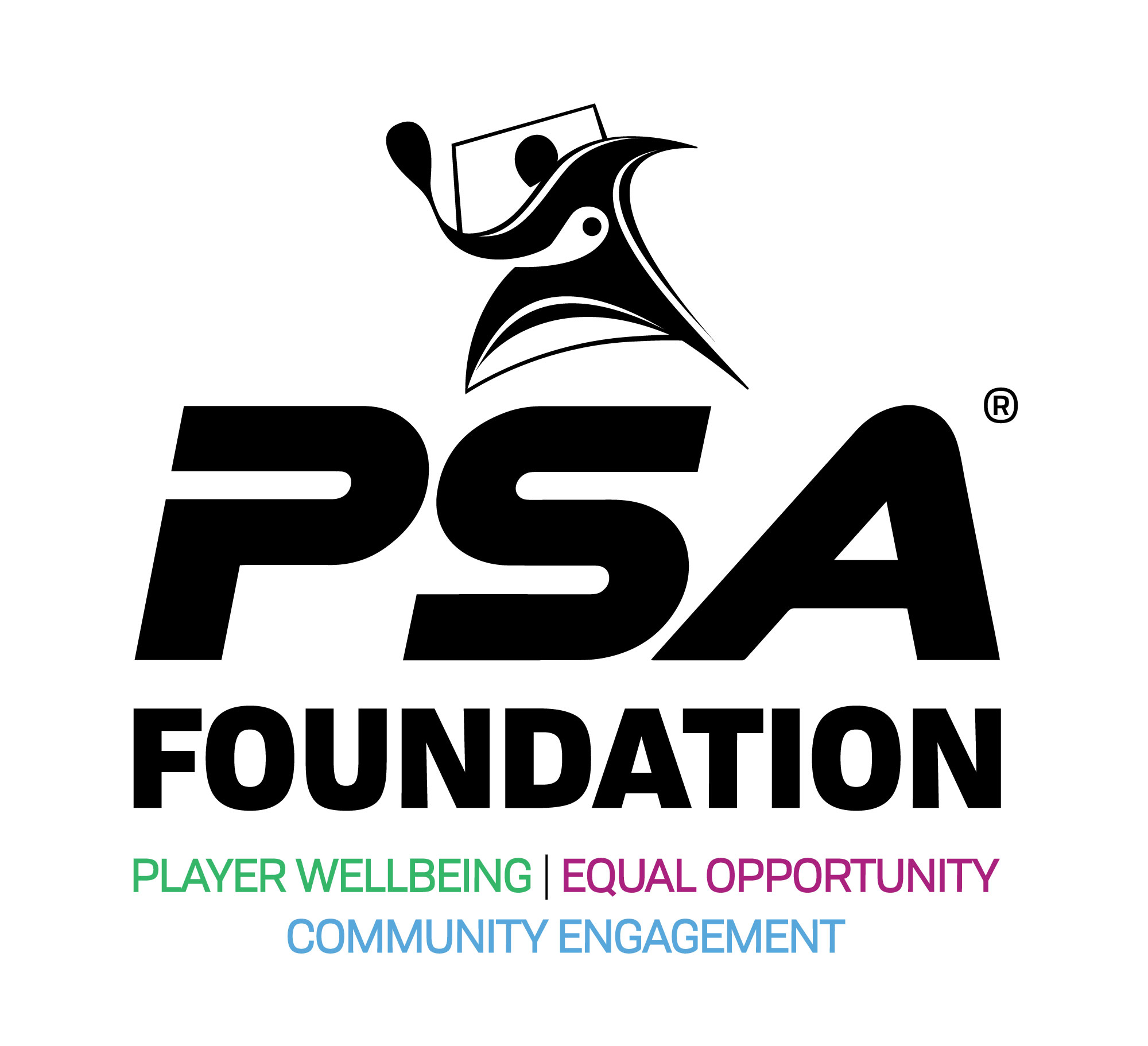 The 2018/19 season has been fantastic in establishing the PSA Foundation’s role on the World Tour. We’ve had some great successes, developed great partnerships and had a great impact in serving the wider squash communities.

See below some of the highlights to our season:

Inspiring Juniors and Introducing Schools Groups to Squash at PSA Tournaments
Over 800 children had the opportunity to see, play and take part in clinics at PSA tournaments where they had the chance to interact and connect with our professional players. An inspiring experience that will stay with them for years to come!! Read more here.

Three Rackets Cubed programmes set up in partnership with the PSA Foundation
Giving children the opportunity to play Squash in aspirational setting has been one of our main goals. Through our partnership with Rackets Cubed, we have established outreach programmes at Pontefract Squash Club, Chapel Allerton Squash Club & the Allam British Open legacy programme based at the University of Hull Rackets Cubed. These programs combine education, nutrition and Squash and work year round with local schools from underserved areas. Read more here.

Squash University Workshops Take Place at the Tournament of Champions, Hong Kong Squash Open, PSA World Championships & Manchester Open.
One of our main objectives is to look after our professional players and give them support during and after their Squash career. This season we delivered Squash University workshops all over the world which gave our players the opportunity to connect with various industry professionals to develop life and business skills outside of the Squash court. Our Squash University workshops encourage partnerships, sponsorships, side projects, creation of new businesses and provides guidance on how to fully benefit from their playing years and prepare for life after Tour. Read more here.

Sumner Malik legacy Charity Event 2018
A bubbly, charismatic and promising young squash player, Sumner Malik was an inspiration to the entire squash community as he bravely fought his battle against DIPG while still playing squash and with a smile on his face until his last days. In 2018 the Squash community came together to celebrate his life and charisma. The first Sumner Malik legacy event took place at Egdebaston Priory and it brought together the best squash players, coaches, juniors and the whole squash community to play in a friendly, fun and casual setting where anyone could play with a pro, have a chat and enjoy being part of the great Squash community. Read more here.

Empower Girls Squash Foundation launched in partnership with the PSA Foundation
Former World No. 42 and Welsh No. 1 Deon Saffery announced her girls squash foundation in style as she hosted a women’s round robin tournament between squash legends Nicol David, Raneem El Welily, Sarah Jane-Perry and Tesni Evans. This was as a fundraiser towards supporting the participation of women and girls in squash throughout all standard of playing and competing, particularly those from disadvantaged backgrounds. The PSAF was happy to support this cause and help Deon raise enough funds to set up a program for girls that will run year round.

Rebound Donations have reached every corner of the world!!
Over 1000 rackets and equipment like goggles, sting, shoes and grips have been recycled and delivered to the hands of children all over the world! Including Bolivia, Botswana, Namibia, Brazil, Israel, Colombia, Zimbabwe, South Africa and India. More programs keep asking for our support and through this fantastic initiative, we are giving new life to gear that would end up in a landfill. Good for Squash and good for the environment!! Read more here.

Women in squash advocacy events and coaching clinics to both empower and increase participation for women and girls
The Foundation continues to work towards increasing the participation of women across all levels of Squash.
Our event in Chicago was a highlight with speakers like Janet Hanson and Sybil Smith!! Read more here.

The PSA’s new Its Mine campaign launches, born from the PSA Foundation
Aligned with our Equality objective, in partnership with recently retired eight-time World Champion Nicol David, a new joint awareness campaign titled ‘It’s Mine’ – was created to shine a light in the amazing women of the PSA World Tour who have tough shoes to fill after Nicol’s retirement. Read more here.

Squash Forward Launches
A joint initiative between the World Squash Federation (WSF), PSA & PSA Foundation, SquashFORWARD was formed with the goal of engaging with the next generation of squash players in order to give them the chance to help shape the future of the sport! Read more here.