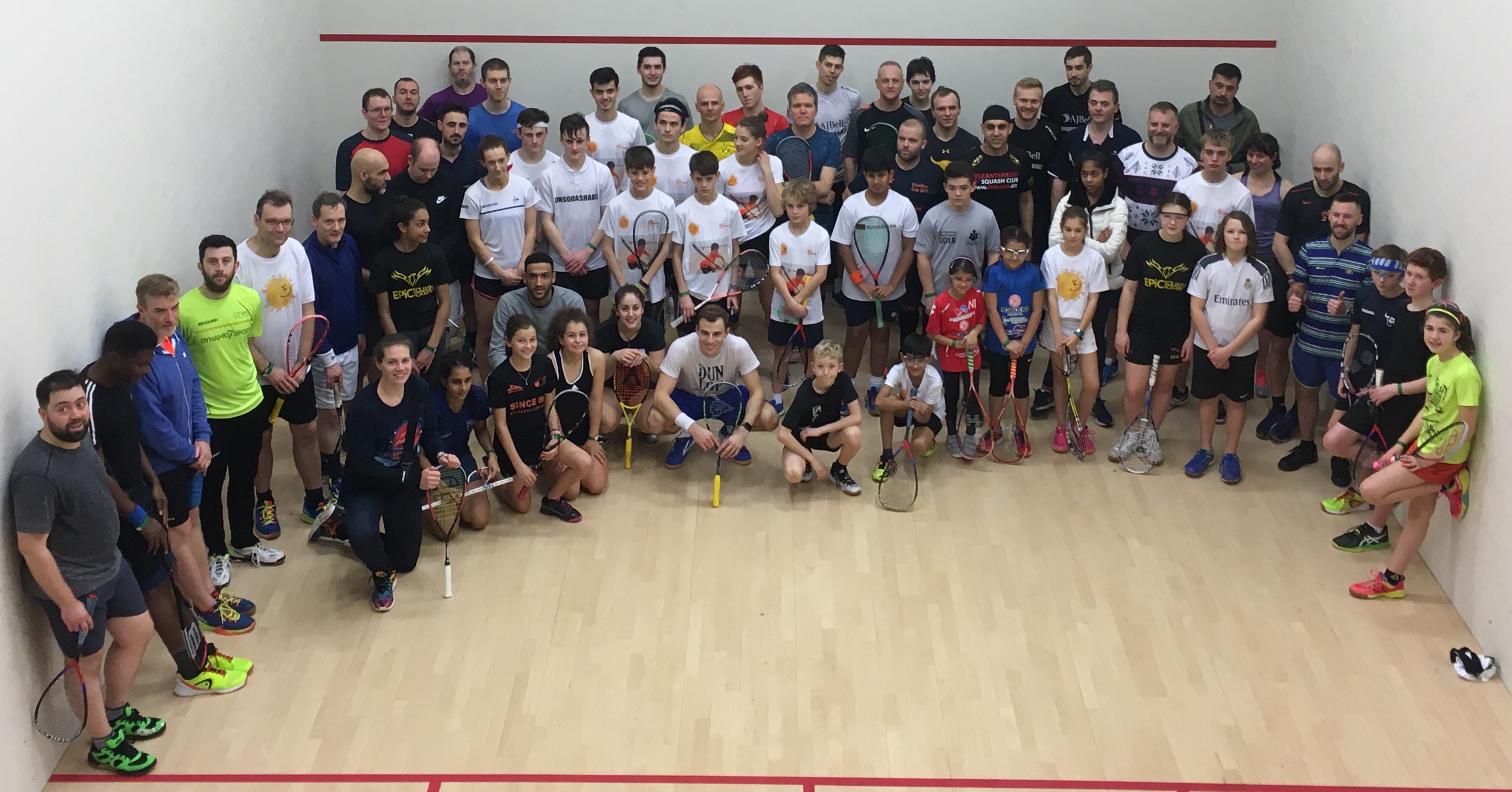 The Sumner Malik celebratory event, held at Edgbaston Priory Club in Birmingham, has been hailed a great success following a huge turnout from some of the sport’s best players and squash fans alike.

A name familiar to many now in the squash community, the story of Sumner Malik is an inspirational one with his legacy already making great strides in the squash world.

Sumner, a bubbly, charismatic and promising young squash player who hailed from Sussex, had been battling with Diffuse Intrinsic Pontine Glioma (DIPG) – a rare form of brain cancer – for almost two years and throughout his battle made a big impact in the sport.

The squash community, led by Russell Munns, came together to celebrate Sumner’s legacy at a charity event in his name, held in December. The goal was to bring together the sport’s community and have a fun event that highlighted Sumner’s values.

What started out as just an exhibition match between two professional players, quickly snowballed into a huge spectacle, with numerous players and professional organisations from many aspects of the game putting themselves forward to be part of an inspirational cause. This included 11 of the best players in the world, coaches, local organisations, re-stringers, compere’s, former legends of the game and many volunteers.

Guests were able to raise funds for this cause by purchasing different packages in exchange for access to the activities being hosted on the day. This included an on-court coaching masterclass from SquashSkills, Elite Squash and the Rob Owen Squash Academy; a play-a-pro experience with the likes of three-time World Champion Nick Matthew, former World No.1 James Willstrop, England’s No.1 Sarah Jane-Perry and Wales World No.10 Tesni Evans.

The main event was a battle between the team of players led by Matthew and Willstrop followed up by an evening of entertainment, including the Danny Lee band, a cooked meal and raffle back at the clubhouse.

All the proceeds raised were split between the PSA Foundation and England Squash and will be used in three ways: