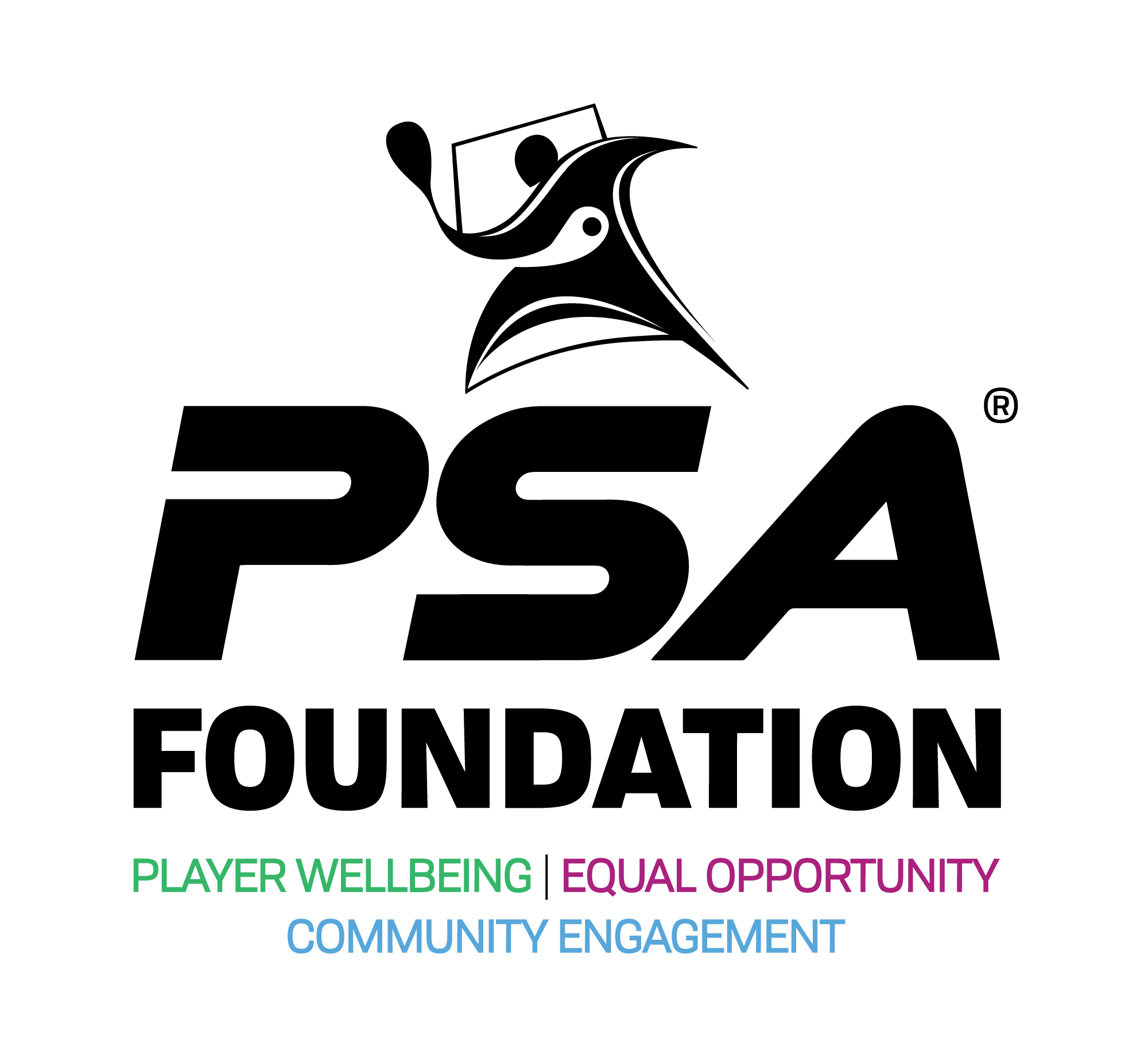 A message from Adriana Olaya, Head of the PSA Foundation: “Wow, what an incredible year it has been. 2021 has been a year of extreme challenges, as the global squash family battled the effects of the ongoing COVID-19 pandemic.

“Despite all the difficulties and disruptions of the past 12 months, this has been a year to be proud of for the foundation, and we have been able to deliver on a number invaluable projects around the world. Read on for some of the highlights of 2021.”

Supporting the wellbeing of the players on the PSA Tour has always been at the forefront of the PSA Foundation’s mission.

The We Are One Fund, which supports the players of the PSA Tour whose livelihoods and basic wellbeing have been adversely affected by the pandemic, has continued to make a huge impact. Since the fund was set up in 2020, over $160,000 has been raised through fundraising drives and generous public donations. Our special thanks go to the Tournament of Champions Women’s leadership programme as the standout fundraiser this year, raising $17,000 for the We Are One Fund!

While the We Are One Fund provides material assistance to those players who need it most, we are proud to have made great strides in assisting our players’ mental wellness. With support from Sporting Chance, we delivered three-times the number of counselling sessions this year than in 2020.

In February, professional players Mary Fung A Fat and Lucas Serme were appointed as Sporting Chance Ambassadors to bridge the gap between the foundation and players.

This was followed by the Health and Wellness Program, a player-led initiative that saw 11 players share their personal stories and struggles in order to help normalise conversations about mental health. The response to World No.3 Amanda Sobhy’s frank interview about her battles with eating disorders was heartwarming in its positivity, but also made it clear just how many people inside and out of squash suffer in silence.

Squash belongs to everyone, and increasing the game’s inclusivity will continue to be a priority. In June, we celebrated LGBT+ month with a thriving community of LGBT+ friendly squash clubs and raised awareness of the work being done as such clubs and at LGBT+ friendly tournaments.

In September, we celebrated Women’s Squash Week, highlighting the work being done around the world to bring more women and girls into the game.

Outreach
Throughout the year, we continued to support our 11 partner outreach programmes, including developing an ideas hub for the programmes around the world to connect and share ideas.

For the International Day of Sport for Development and Peace, children from the programmes were brought together for a Q+A session with current men’s World No.2 Paul Coll and Women’s World No.14 Nele Gilis, with sessions delivered in Arabic, English, Portuguese and Spanish.

Rebound, one of our flagship programmes, continued to deliver donated squash gear to underserved communities around the world.

Despite the global logistical impact of the pandemic, this year we were able to send different pieces of equipment to Argentina, Colombia, El Salvador, Israel, Jordan and South Africa.

For too long, the costs associated with building traditional squash courts have led to the exclusion of poorer communities from the game. Outdoor squash has the potential to change this, while also providing a fun variation of the game.

In collaboration with organisations, including the World Squash Federation and Squash Para Todos – a registered charity from El Salvador that uses squash and education to improve quality of life for local underserved children – we have begun projects to make the outdoor game more accessible than ever before.

In San Salvador, a four-court outdoor squash complex was developed for the local community, while in New York, stars of the game such as Joshna Chinappa, Mohamed ElShorbagy, Saurav Ghosal and Joelle King highlighted the unique steel court in a charity exhibition match on World Squash Day.

We have also sought to use the PSA Foundation page as a digital think tank for different groups interested in the development of outdoor squash.

Our interview with Masoud Ziaeddini, Director of International Affairs for the Squash Federation of Iran, was a real success story in highlighting the remarkable initiative to develop over 100 outdoor courts in rural villages by the end of this year.

Squash United by Birmingham 2022
Just a few months out from the Birmingham 2022 Commonwealth Games, and the PSA Foundation is proud to be involved in helping to raise the profile of the game and bring squash to a new audience.

This year, the mini courts have been the break-out stars, with all ages and backgrounds enjoying a knock. Look out for the exhibition court in Birmingham New Street station next year!

Thank you to all who have generously donated, be it time, equipment or money! We are grateful for all of you help in using squash to make the world a better place. Have a happy and safe new year!

Get involved in the PSA Foundation.