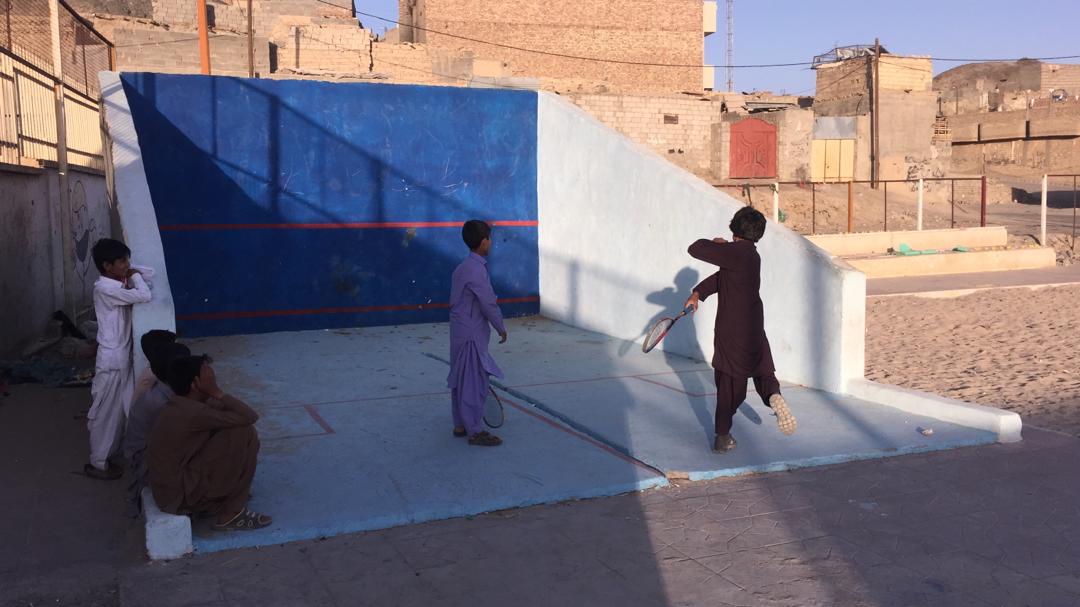 As the movement for outdoor squash continues to gather momentum, with recent showcases in New York and Birmingham applauded by the game’s top professionals, in Iran, an outdoor squash revolution is already well underway.

While the Squash Federation of Iran has made considerable progress in the improvement of the country’s traditional court infrastructure, the pace change for three wall squash is spectacular.

Three wall squash, played outdoors and with a larger, lighter ball, is on its way to becoming the signature sport of the province of Sistan Baluchistan. This is thanks to a pilot scheme to build 100 outdoor courts in the villages around the province.

Explaining the scheme, Masoud Ziaeddini, the federation’s National Teams Head Coach and Director of International Affairs, says that the combination of the lack of existing squash infrastructure, the low cost of outdoor courts, and Iran’s dry climate, makes the country the ideal place to be the home of outdoor squash.

The province was picked because the provincial capital, Zahedan, despite a population of over half a million, had just two usable traditional courts, meaning that many children in the largely rural province had no opportunity to experience the sport.

Ziaeddini explains that the strategy of SFI is to provide such children with an introduction to the sport, so that they develop lifelong passion for the game. “Anyone who hits just one shot with a squash racket and squash ball, he or she will be in love with squash, so we have tried to just put them in a situation of playing squash,” he says.

He adds: “Many of kids we are reaching knew nothing about squash before we started, because squash is really new in their village. Many had no idea about squash and only knew the name. But we know that anyone who tries squash even once, will be in love with squash.”

Key to getting children that first taste of squash has been increasing the accessibility of the sport. While traditional courts cost several thousand dollars to build, three wall courts cost around $700USD. This has allowed Iran’s authorities to rapidly build a number of courts in the villages surrounding the provincial capital of Zahedan.

Ziaeddini explains that research by the Squash Federation of Iran suggests that each court may introduce an average of 25 new players to the sport, and that they hope to see a future national champion from the 2,500 new squash players that will come from Susan Baluchistan.

While squash is some way behind Iran’s most popular sport, football, in terms of participation, the two sports are able to coexist. Ziaeddini explains that rather than seeking to compete with football, many of the villages have utilised the sport’s popularity to appeal to potential squash players.

He says: “We built the first court next to a football ground, and the kids really liked that. They went from just playing football, to playing squash while they are waiting for the pitch [to be vacated]. Now, more and more come whenever they are playing football, or after training. Some of them are skipping football because they are staying on the squash court.”

Just over two months into the project and the results are starting to show. Close to 70 courts have been built and 65 junior players took part in a three wall championship last month.

The rapid success of the squash courts has also seen heightened interest from officials in other provinces, and within the next year an estimated 300 three wall squash courts will be built across Iran.

Ziaeddini admits that the enthusiasm of the Iranian youth surprised even him. “It’s just really good, and I didn’t expect that so many would be in love with squash. They really like the project, they really like the squash courts and they’re always asking the coaches when the next session is and if they can come more! It’s really beautiful,” he says.

When asked why the courts have captured the imagination of the country, Ziaeddini’s answer is simple: squash, in any form, is such an incredible sport that if you give people the opportunity to play, they will take to it keenly.

He concludes: “In my opinion, squash is more than just the sport, it’s beyond the physical demand. Whenever you are inside the court, you will forget any problems you have in your life.”