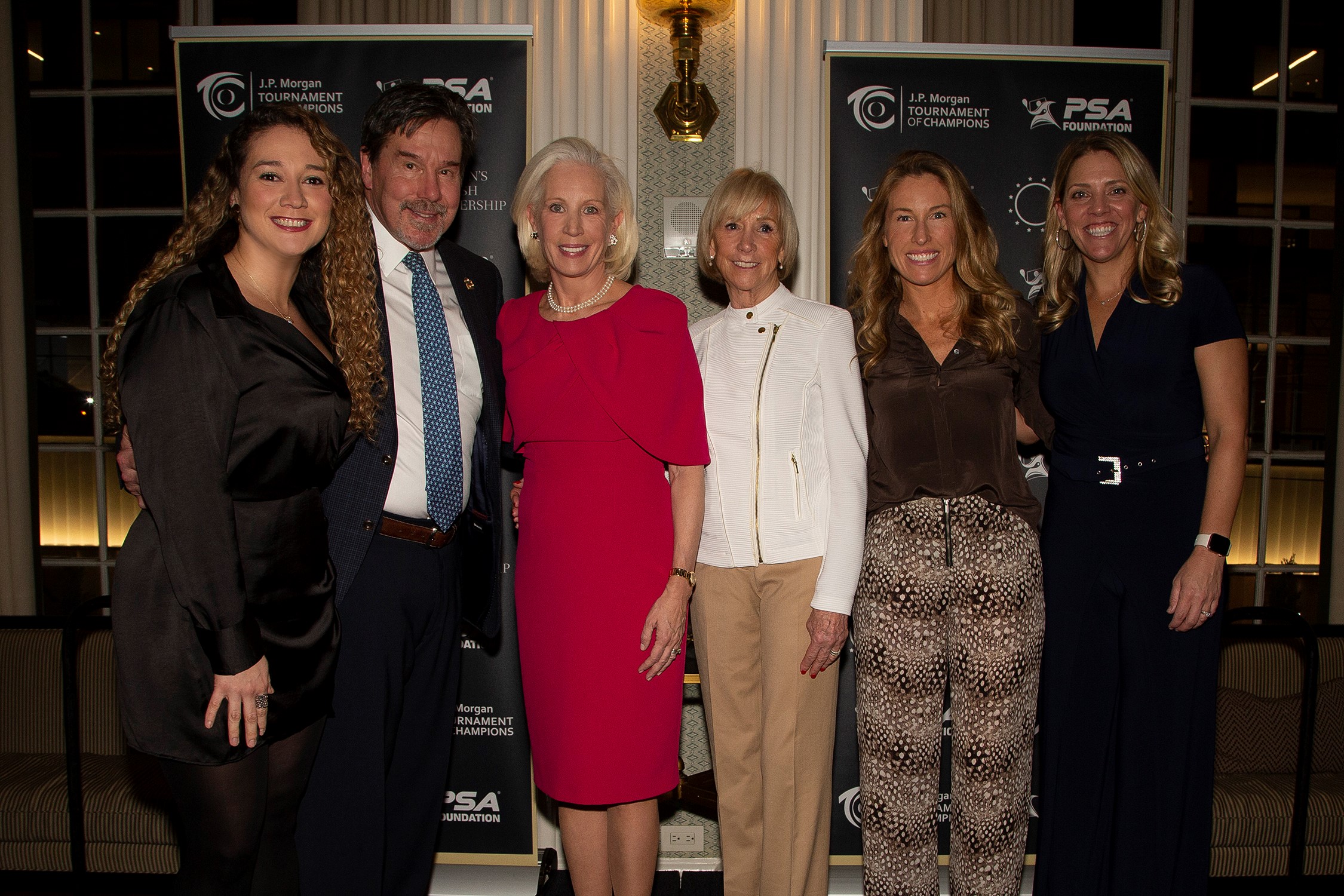 It's really important for numerous reasons to have more women's coaches. I think for women in squash you have to see it to believe you can be it. The Women In Coaching Fund is paving the way for a whole future generation of women in coaching

A huge thank you to everyone who attended yesterday’s J.P. Morgan Tournament of Champions (ToC) Women’s Leadership Award and Reception, and to all those who donated.

All of the net profits from the reception will benefit our new Women In Coaching Fund, which will provide more leadership opportunities in squash to women.

Over the past decade, the Women’s Leadership Award and Reception has created a lasting legacy for women and girls in the game- driving change in the sport and inspiring many to take up squash at all levels.

Yesterday’s event at Grand Central Terminal in New York, which included a reception, ceremony and the evening matches of the ToC, featured a number of guest speakers, including: Narelle Krizek, Director of Women & Girls Squash and H.E. Isabelle Picco, Ambassador of Monaco to the United Nations.

Also in attendance where a number of professional female players, including World Number 8 Sarah Jane Perry, who we spoke to about the importance of this new fund:

“There’s so many amazing women out there who will make incredible coaches and can shape the future of our sport- providing that insight that either they’ve had themselves as a player or just could be amazing coaches from their own experiences.”

“This new fund is going to be instrumental in making opportunities available for so many more women to get into coaching and go up the ladder of the coaching system.”

This year’s reception also honoured Ashley Bernhard, who has been a leading force in pushing gender parity in squash and has brought the Women’s Leadership Program to life.

She has been widely recognized as a national leader in the pursuit of equal status for women in sport, business and life. 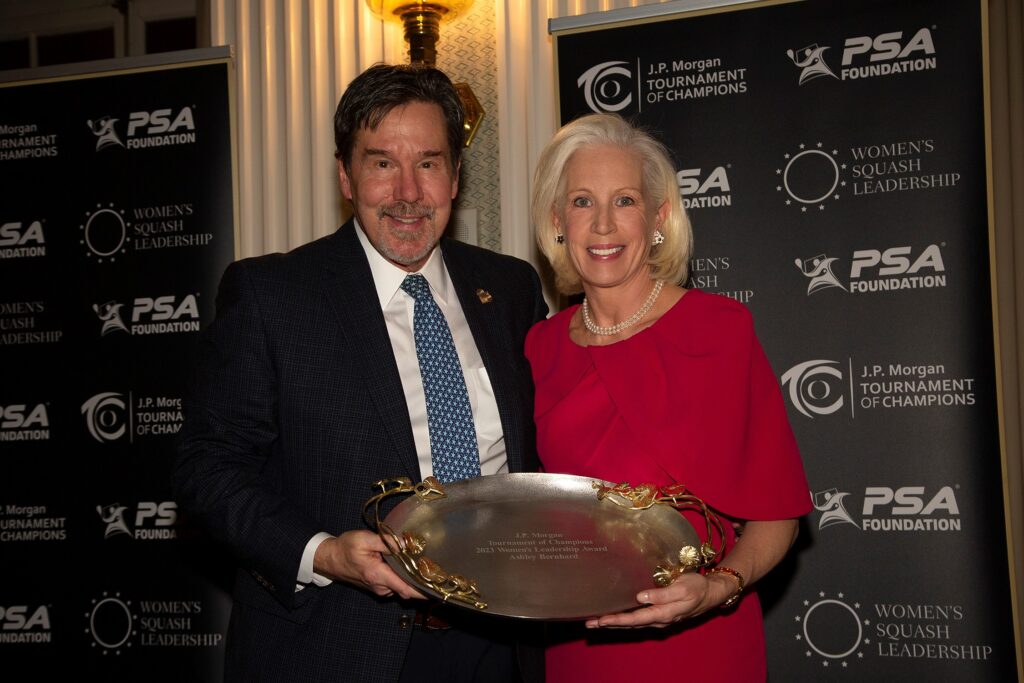 Huge thanks go to all partners of this event, those who donated as well as all who have supported the Women’s Leadership Programme over the past decade.

We look forward to working with US Squash to increase the number of women in leadership and coaching positions within the sport.