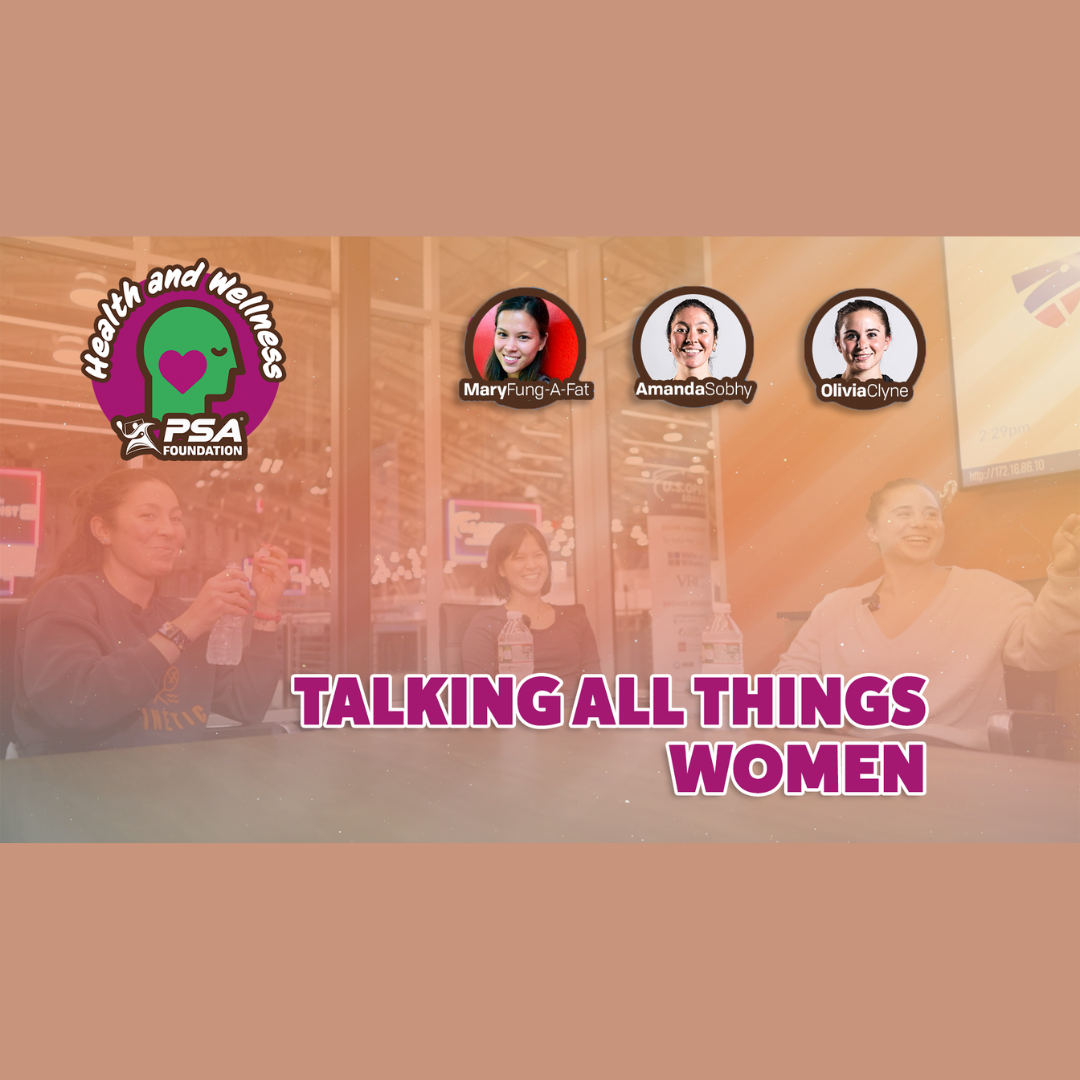 PSA Foundation recently launched their Talking All Things Women piece as part of the #SayPeriod campaign, to address the stigma surrounding periods.

This includes the difficulties in accessing basic period products, what can be done to support women athletes more effectively, the negative emphasis on body image and more within the sport.

Set up by BBC Sport, the #SayPeriod campaign wants to stop using euphemisms to describe periods, saying it can perpetuate stigmas and stop people discussing the issue.

The need for this open discussion about periods is very necessary, as it can become a barrier to girls and women participating in our sport.

Mary Fung-A-Fat spoke about how a more open discussion on all levels including coaching can reduce the stress and anxiety associated with periods for women who are playing all sport including squash:

“Creating the space for this conversation is key, a good way to do this is through coaches prefacing the conversation around periods with an understanding of periods- it acts as an invitation to talk.

“If you had a female Mentor or a group where we can talk about stuff like that it would be brilliant for women and girls, even one or that is brought to us because how does a 14 year old like bring up that conversation.

Within the Talking All Things Women video, all three players speak about the lack of access in some areas on tour to basic period products including tampons and pads.

An Adidas survey in 2021 echoed the problems this can cause for women and girls in sport, reporting that one in four girls dropped out of sport in adolescence, with fear of period leakage a key reason.

Amanda Sobhy said in the video: “If you’re going to a country where like tampons are not really a thing, I would always have tampons like in my suitcase, like a ton of them to make sure that I’m fully stocked because you never know when its going to come, it could come in a match- it’s really stressful.”

Other topics covered in the video include perceptions of how female athletes should appear, with Olivia Clyne addressing this by saying:

“Squash is a complex sport where complex individuals trying to make decisions at lightning speed while moving, our heart rates are at a thousand and there’s so much going on I just don’t feel like there’s any need to bring in appearance.”

People are already self-conscious and you’re highlighting a vulnerable part of someone on a public scale, making comments on how we look instead of celebrating the really good squash in front of you.”

We are proud to champion women and girls within our sport in this piece and beyond, as well as being a part of the #SayPeriod pledge.

Get involved with the #SayPeriod campaign by sharing this piece and following the hashtag.

We look forward to continuing to address challenges women face on the tour, making the game more accessible for women and girls.