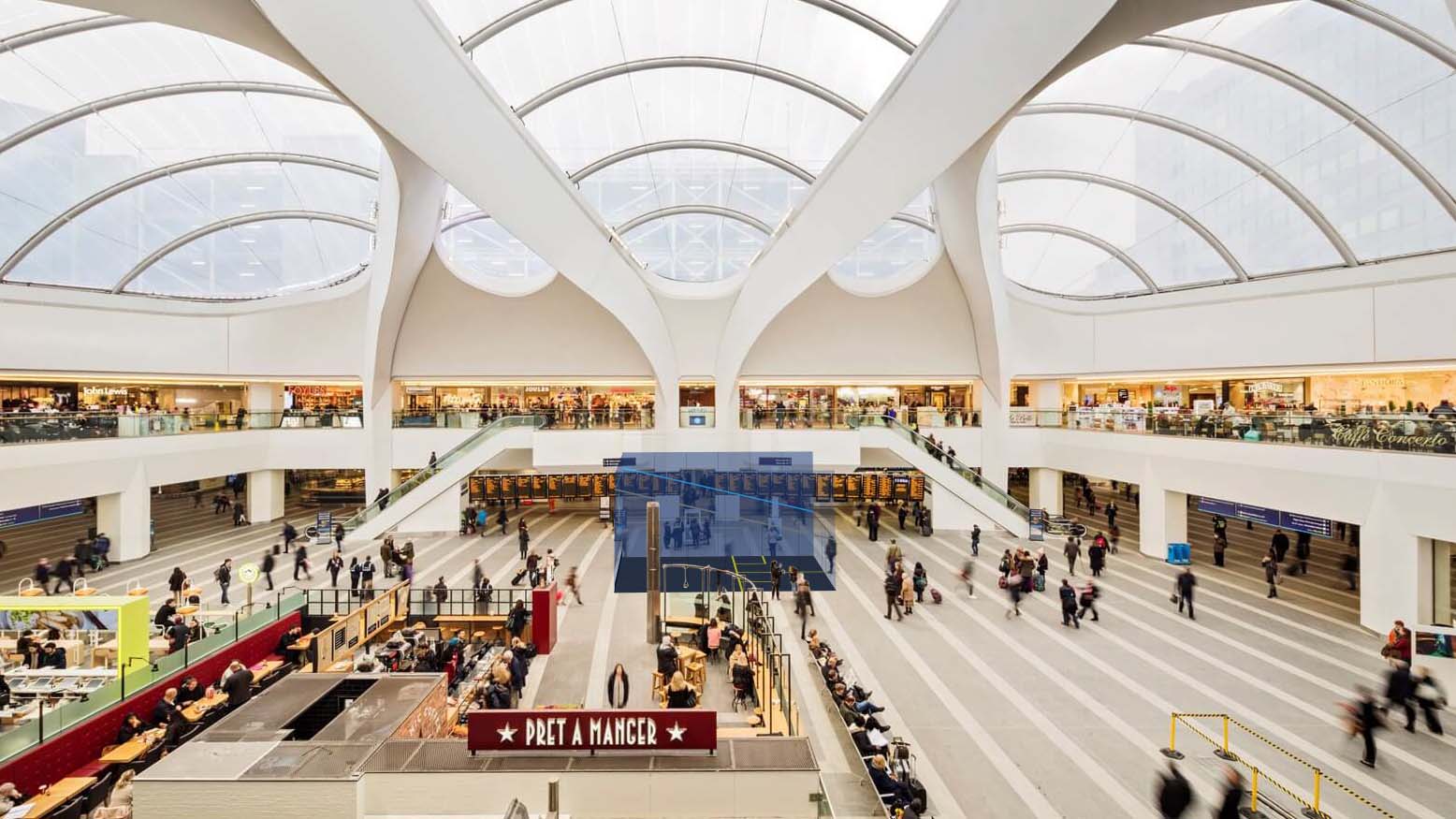 The PSA Foundation, as part of the Squash United by Birmingham 2022 project, is delighted to announce that an all-glass squash show-court is to be constructed inside Birmingham’s New Street train station.

The court will be in the station’s main concourse, which sees a daily footfall of 170,000 people, between 4-9 April 2022 and will play a major role in the lasting legacy of squash at the Birmingham 2022 Commonwealth Games.

All funds raised during the week’s activities – which will include junior and community engagement programmes, exhibitions and an opportunity to meet professional players – will go towards community initiatives around Birmingham.

The construction of the court and the week of activities planned around it represent a key part of the Squash United group’s Commonwealth Games legacy programme. Squash United brings together a number of the sport’s stakeholders – including England Squash, the World Squash Federation (WSF), Rackets Cubed, Off the Wall Squash, the PSA Foundation, and passionate squash fans in the West Midlands – to ensure that the benefits of the games are felt as widely as possible.

England Squash CEO Mark Williams said: “The glass court event, combined with all the other projects and ideas Squash United are leading on, will have a big impact on promoting the sport to new and diverse audiences. Squash United has shown us the blueprint for how we can have a big impact in a short space of time. The really exciting question therefore, is what else can we achieve across the game by working together?”

He added that the Commonwealth Games represented a huge opportunity for a lasting legacy for squash communities around the country.

Roadshows, mini-courts, and health and wellbeing initiatives are projected to directly introduce the game to 50,000 children by summer 2023, while facilities put in place for Birmingham 2022 will ensure that squash is more accessible than ever after the Commonwealth Games.

Michael Hill, who founded Rackets Cubed – a charity that uses racket sports to improve educational outcomes and enhance health and wellbeing for children – explained that Rackets Cubed was excited to be helping to shape the legacy of the Commonwealth Games: “Having grown up in the Black Country, I remain committed to using squash at Birmingham 2022 as a platform to provide inner city children long term access to our sport, education and nutrition programmes, working in partnership with the PSA (Professional Squash Association) and England Squash.”

Squash United co-founder Ming Lee commented: “We want to create a global squash pulse with a West Midlands heartbeat. We recognise squash is a relatively niche sport, but we do have fantastic people who are prepared to dig deep and make things happen for the benefit of everyone.”

Steven Ireland, head of stations, security and customer relationship management at Network Rail, said: “We’re excited to be able to help showcase squash in the heart of the city centre this spring, ahead of a fantastic summer of sports in Birmingham.

It’s fantastic to be supporting community projects at the same time as welcoming passengers back to the railway across the West Midlands.”

To conclude the week’s action, an exciting spectacle will be provided at New Street, as professional squash players from all over the world head to Birmingham. On 8 and 9 April, the court will host the semi-finals and finals of the University of Birmingham Open – a professional tournament on the PSA Challenger Tour.

WSF President Zena Wooldridge, who was born in Stourbridge near Birmingham and is a former Director of Sport at the University of Birmingham, added: “As a Brummie at heart, this is the kind of project I’ve dreamt of for a decade.

“The transformation of Birmingham over the last 25 years presents some exciting opportunities to be really creative about how we take squash to the community using the glass show-court. Thank you to Network Rail and the New Street station team for supporting our project in the lead-in to the Birmingham Games.”

Adriana Olaya, Head of the PSA Foundation, concluded: “The way everyone in the group has united behind one cause – to make squash the star attraction of the Commonwealth Games – has been incredible. The Birmingham New Street project will be the jewel in the crown of this unique collaboration.”

More information about the court, including the specific day-to-day schedule, will be announced in due course.