10 women who could dominate the next decade of squash 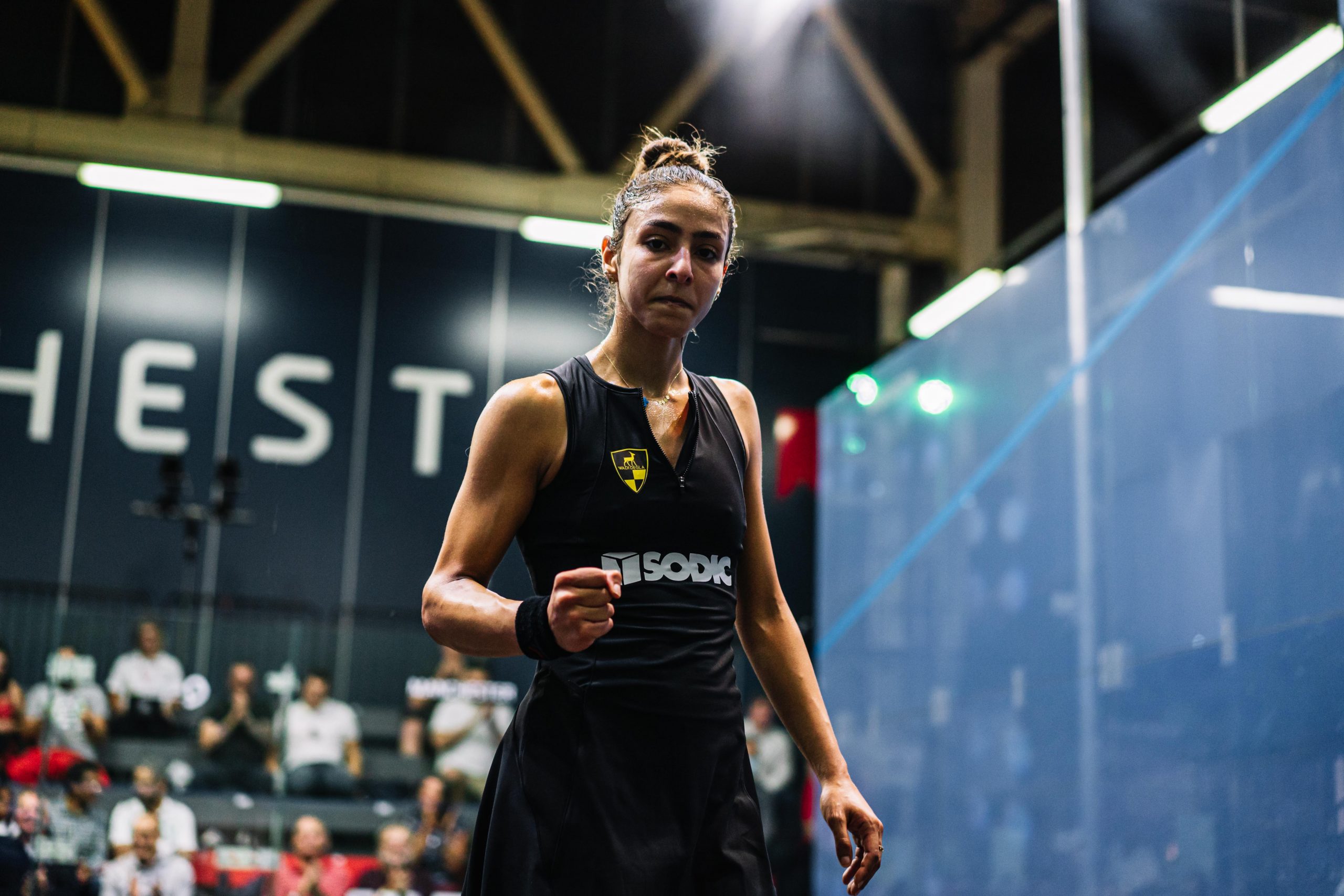 As the squash world celebrates Women’s Squash Week – an international campaign to celebrate, raise the profile of, and increase participation levels in women’s squash – we look at some of the professional game’s top young stars who are best placed to rule the court for the next ten years.

World No.2 aged just 23, Nouran Gohar could dominate the court for years to come. Having joined the PSA as a 13-year-old in 2011, Gohar announced herself on the world stage with a run to the British Open final in 2016.

While she lost that match, Gohar would return, winning the 2019 British Open with with a 3-0 victory over Camille Serme.

Nicknamed ‘the Terminator’ for her relentlessness on court, Gohar has a reputation for being one of the most powerful players on tour and last week beat World No.1 Nour El Sherbini to win the Egyptian Open.

With seven wins from eleven finals, 21-year-old Hania El Hammamy is one of the brightest rising stars of women’s squash. The World No.5 starred in the juniors before becoming the first person born in the 21st century to win a PSA Tour title, a win over Fiona Moverley in the 2015 42nd Geneva Open.

Since then, El Hammamy has only improved, winning last month’s Manchester Open and beating El Sherbini in the final of the 2020 CIB Black Ball Women’s Squash Open.

Rowan Elaraby’s stock is rising fast after strong performances in 2021. The 21-year-old made the quarter finals at the Egyptian, British and El Gouna Opens and has climbed the rankings to World No.10. With six titles from her seven finals, and having won 74 of her 117 matches, expect plenty more titles to come.

Belgian No.2 Tinne Gilis has made a strong impression during her time on the tour. Tinne, the younger sister of World No.15 Nele, has two titles from five finals and 68 wins from her 130 matches.

After breaking into the top 20 before her 20th birthday, Nada Abbas has a promising career ahead of her. The Egyptian won her first title in April 2016, beating Birgit Coufal in the Harrow Lion Squash Cup, before claiming her second at the age of 16 at the London Open.

Expect Abbas, currently ranked World No.27, to add to these two titles before long.

With 98 matches under her belt, England’s Lucy Turmel has a wealth of experience at the age of 21. The World No.28 won just the third tournament she qualified for, beating Deon Saffery in the 2017 Barcelona Open.

Sivasangari Subramaniam, 2019 Australian Open winner, has already appeared in 14 finals, winning 11 of them. The Malaysian 22-year-old has impressed since joining the PSA in 2014, winning 95 of her 150 matches so far.

Egypt’s Zeina Mickawy has impressed since breaking into the top 20 in 2019. The 22-year-old won her maiden PSA World Tour title in 2016, coming back from a game down to beat Tinne Gillis in the Harrow Ukranian Squash Cup final the day before her 18th birthday.

World No.34 Farida Mohamed has had an impressive 2021. The 19-year-old reached the quarter final of the British Open, losing out to World No.1 El Sherbini, and the last 16 of the Black Ball Open. With four wins from her six finals, and 44 from her 68 matches, Mohamed is anticipated to enjoy a long career at the top.

England’s Jasmine Hutton has made a strong start to her squash career. The 22-year-old burst on to the squash scene with a 3-1 win over Milnay Louw in the 2019 Johannesburg Open and has since picked up wins in the Keith Grainger Memorial UCT Squash Open Championships and the Bexley Open.