Squash Community Comes Together in Celebration of Sumner Malik 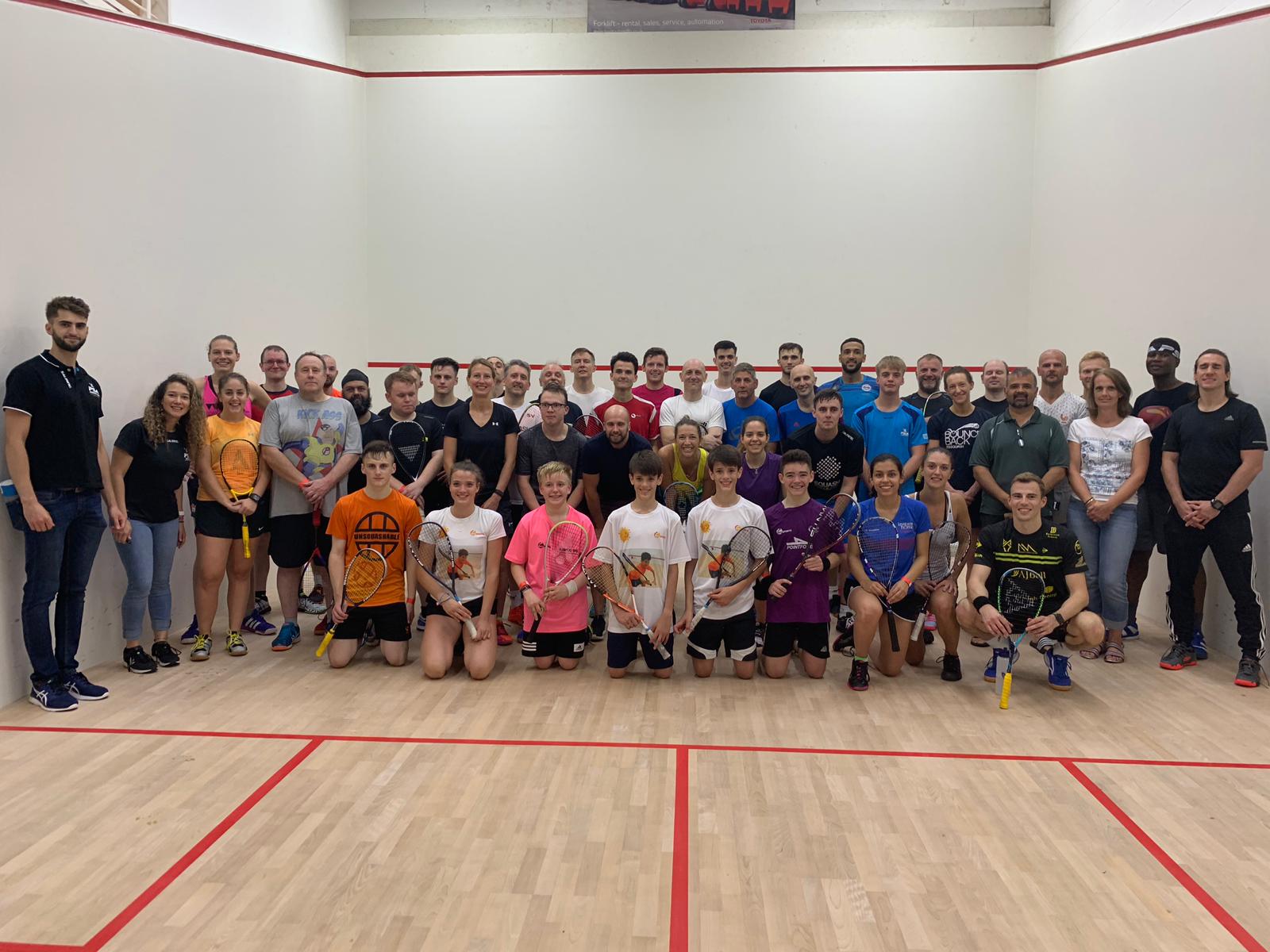 The squash community came together in strong force to celebrate the life of Sumner Malik at an event held in Nottingham over the weekend in memory of the young squash fan.

Unfortunately, Sumner lost his courageous battle to DIPG last year, but the love, encouragement and affection of the squash community were always a huge part of his optimism in facing this hard battle.

Stars of the PSA World Tour such as Declan James, Sarah-Jane Perry, Tesni Evans and Joel Makin came out in support of the event at Nottingham Squash Club, which was taking place for the second consecutive year, alongside the likes of three-time World Champion Nick Matthew as they all played in an England v the Rest of the World battle.

The Malik family were also in attendance and took part in the activities, with the talented Torrie Malik joining Team England as she played against Egypt’s World No.82 Hana Ramadan.

The event also included coaching by the Nick Matthew Academy, SquashSkills, Lee Drew and Gary Nisbet, alongside an exhibition show and an opportunity for fans to get on court with the professionals with the day closing with the Danny Lee band performing live.

“We are all still buzzing after a fantastic event that really brought the squash community together to celebrate Sumner’s legacy,” said PSA Foundation Manager, Adriana Olaya.

“We are genuinely so lucky to be able to be part of such a fantastic community, where we had so many professional players, top class coaches and so many supporters who donated their time to come and spend a whole day of playing squash for fun, meeting pros, getting on court with them and then watching some fantastic exhibition squash.

“We sometimes take for granted how lucky we are to be a part of this community and Sumner’s legacy celebrates it beautifully.

“Our work in the PSA Foundation comes down to supporting the future of our sport and our players who work so hard to showcase it and promote it. Events like this are the core of why we do what we do.”

A total of £4,187 was raised with all proceeds at the event being donated to the PSA Foundation. The proceeds will be used to support our aims around growing the junior game, in both increasing opportunities to play, supporting them throughout their playing pathway and also towards the yearly continuation of the event travelling across the country.