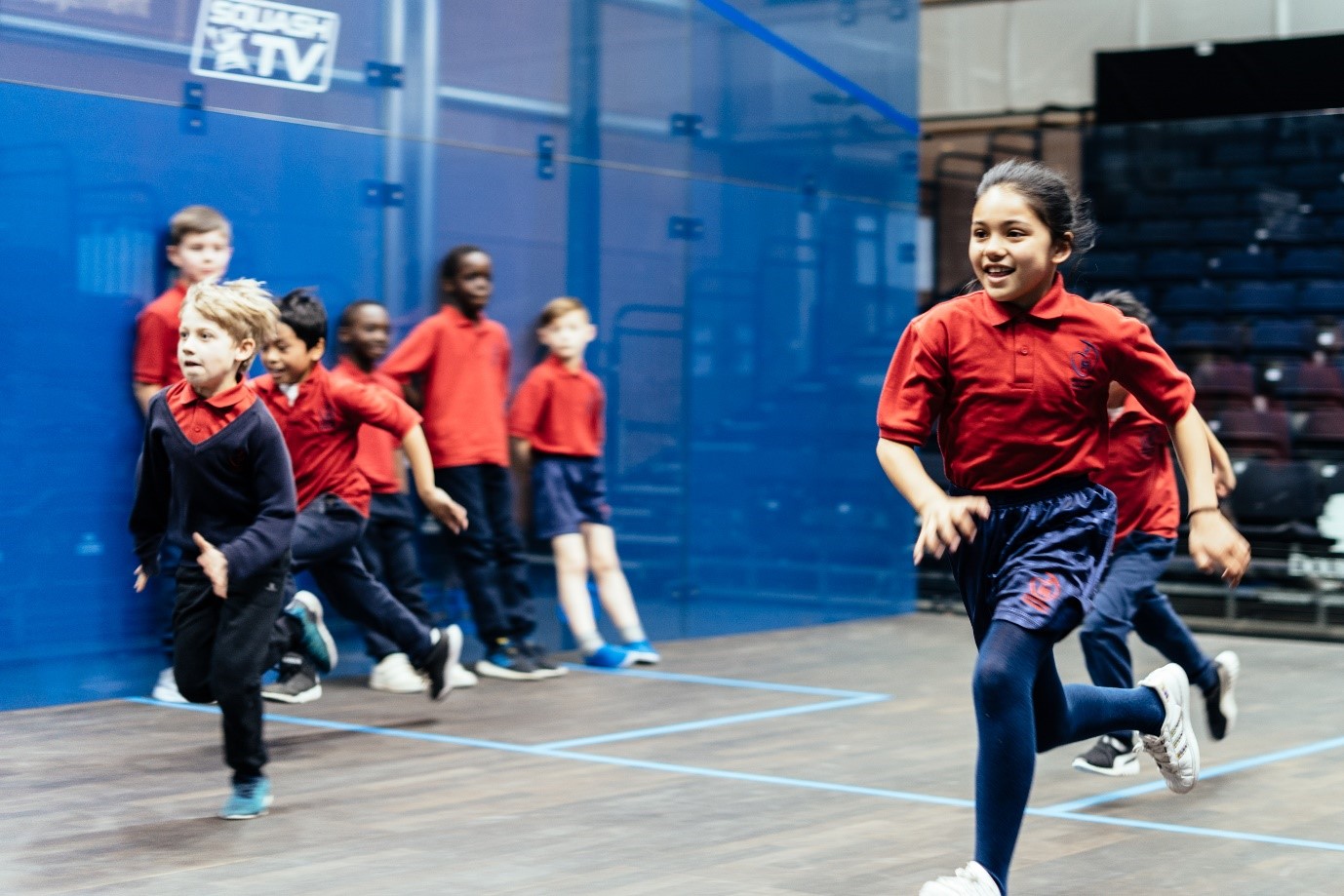 PSA Foundation partners Rackets Cubed have been named on the shortlist for the 2019 Sports Business Awards ‘Best Sports Charity’ category, with the winner set to be announced in May.

The Sports Business Awards aims to showcase the talents of all those behind the scenes who actually make sports happen and has a high-quality judging panel covering a range of awards such as ‘Sports Event of the Year’, ‘Best Fan Engagement Programme’ and ‘Best Sports Charity’ the latter of which Rackets Cubed is nominated.

The charity was only set up in late 2016 and already has five programmes up and running at great success, with many more on the way this summer in partnership with the PSA Foundation and PSA World Tour.

The programme’s set up under the guidance of Rackets Cubed have shown great success, with four of the London-based programmes over a six-month period from September 2018 – February2019 reporting exciting impacts to their work:

There has also been some excellent feedback from the parents:

“[His] mood, co-ordination, and maths ability has improved a great deal.”

“[He] is getting better with listening and trying harder with maths.”

“He has opened up more and looks forward to every [session]. He seems to enjoy it very much and he appears a lot more energised and happier. As a family we feel that not only he has benefitted from the programme, but we all have. His happiness is our happiness.”

“[She has] tons more energy and has grown in confidence.”

You can check out the other finalists that Rackets Cubed are up against at the Sports Business Awards 2019on the finalist’s page here: https://sportsbusinessawards.co.uk/finalists/

Congratulations Rackets Cubed and we look forward to our continued involvement in the fantastic work you do.