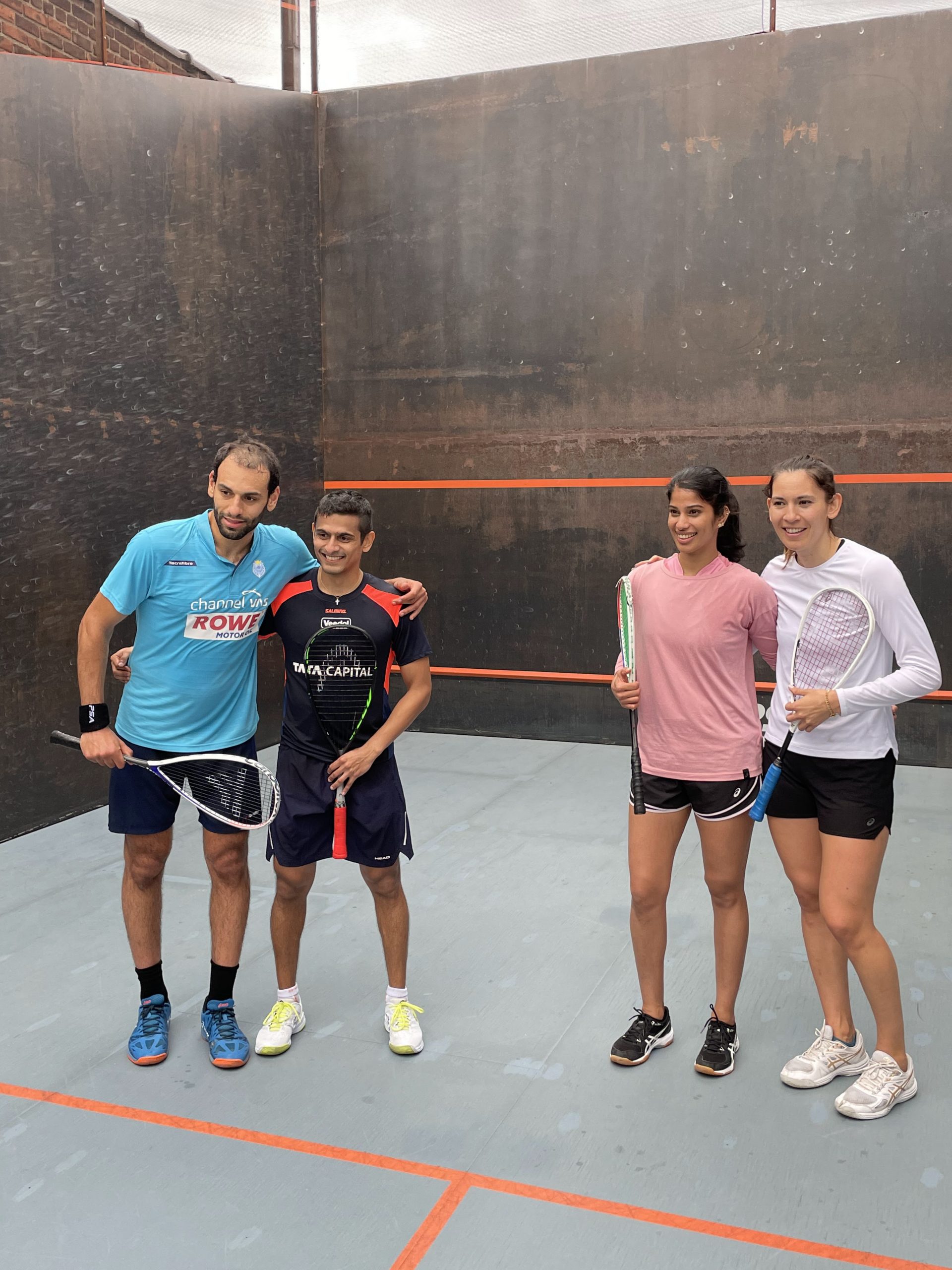 The global campaign for outdoor squash courts continues to grow after a hugely successful demonstration of the courts’ capabilities during last weekend’s World Squash Day was praised by some of squash’s top players.

All four players praised the court and event, with Ghosal saying that the experience had been a new one for them and they hadn’t expected the court to play as well as it did.

“We didn’t know what to expect in advance, because we’ve never seen anything like this, but we were all pleasantly surprised. This is a nice court, it plays superbly, and we need to thank those responsible for making it happen,” he explained.

ElShorbagy said that the court would be an excellent venue for future tournaments and that he particularly enjoyed the superior visibility of playing on the outdoor court.

He added: “Thanks to everyone who had this idea and worked so hard to make it happen. It’s a unique court. What a great occasion to have this on World Squash Day. Developments like this mean a lot to the players.”

Head of PSA Foundation Adriana Olaya was in attendance and thanked event organisers Jeff Anschlowar and Robert Gibralter as well as adding: “This is the future of squash: outdoor courts in urban locations, and inclusive for everyone to come and play. This is what we want.

“Our thanks go to these amazing pros who have come here to support the project and help us to gain more visibility for outdoor squash.

“This is just the beginning of what we want to do with the PSA Foundation. We currently support 11 outreach projects in different countries, and we have different outdoor court projects all over the world helping the game to grow.”

In the English city of Birmingham – host of the 2022 Commonwealth Games – England stars Sarah-Jane Perry and Alison Waters attended an event showcasing an outdoor court at the University of Birmingham as part of Squash United’s attempts to build a lasting legacy from the Games.

World No.9 Perry took on her namesake Perry the Bull, mascot for the Games, in a battle of the Perrys and gave local children an introduction to the game.

Speaking at the event, Perry said: “It’s so amazing to see all the kids getting on the little court to try squash and Mike’s [Harris] doing a fantastic job as always of getting them involved. He’s so passionate about squash and that rubs off and it’s fantastic, it’s a real privilege to be here.”

WSF President Zena Wooldridge said: “World Squash Day is a celebration. It’s also a campaign, the mini court is both ideal in terms of its size relative to the target audience. The great thing with the kids is those small courts are really attractive, they’re fun, they’re accessible, so we can take them anywhere.

“I think that’s just fabulous in terms of accessibility to our sport.”

Find out more about World Squash Day and the PSA Foundation.