Weekly Spotlight: Who are Squash Bond? 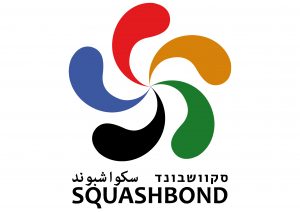 Through intensive training in the sport of squash, educational programmes, and ongoing mentorship, SquashBond in Israel develops Arab and Jewish children into young adults who have self-confidence, perseverance, and respect for peers of different religious and socio-economic backgrounds.

In 2014, Nitzan Moree, a long-time squash coach and previous member of Israel’s national junior team, co-founded SquashBond, together with Hillel Bloomberg, the original founder and promoter of Squash in Israel.

They recognized that the Jewish and Arab communities living in Israel simply share the land, but rarely coexist. This segregation has been perpetuated for decades of political and religious differences exacerbated by the media. Moree believed that creating one-on-one group interactions could help change the perception of the stigma of “the Arabs” and “the Jews” dichotomy. His plan to counterbalance this, was to create positive interactions through the game of squash.

Jewish and Arab children in Israel go to separate schools and usually live in different towns, Moree noted, so they usually don’t meet each other until adulthood, such as when they attend college or even later. Moree said he didn’t meet an Arab person until he was in his late 20s. The lack of contact means that as early as 10 years old, the two groups of children have developed negative preconceived notions of the other.

Moree visited the Al-Zahara school in the Muslim city of Tira, 20 minutes away from the cosmopolitan city of Raanana. Although in close geographical proximity, these cities are drastically different in the culture and amenities. Moree’s hope was to recruit about 20 Israeli-Arab kids, who were willing to play squash with Jewish kids, at a squash court in Raanana. To his surprise, 100 Israeli-Arab kids signed up, eager to play. Although the Israeli-Arab and Jewish children did not speak a common language, they managed to create a connection through squash.

One year later, the Israeli-Arab girls know Hebrew very well and are great friends with the Jewish girls. “You could not tell any difference between them, they hug each other each time they see each other,” said seventeen-year old SquashBond player and coach, Boaz Hirsch . “We focus on building a culture of cooperation and leadership utilizing squash as a catalyst” said Moree.

In squash the court is shared by two individuals, which teaches the importance of respecting others in a shared space, fairness and rules of the game. Squash Bond believes that these messages and values learnt through their time on court can be replicated in society and the local community.

“Every kid that comes to SquashBond, quite quickly, this becomes his family and friends,” Moree said. “They really change the way they see the other side. It reflects on how they accept new ideas in their life later.” SquashBond is breaking down that barrier. The organization gives the children a chance to see the other kids as more than just the other side in a political conflict.

You can donate to their programme and find out more information below: